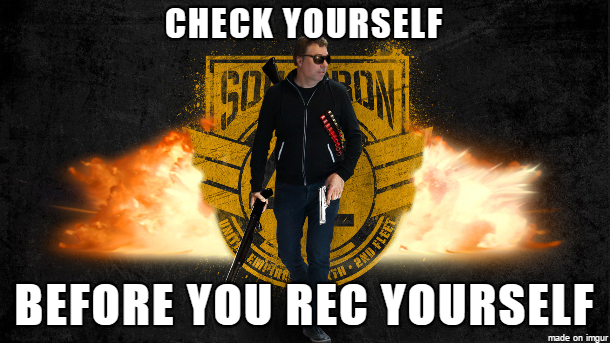 Greetings Citizens and Civilians, you’re tuned to episode 059, of Guard Frequency, the universe’s premier Star Citizen podcast recorded on 14th February 2015 and released for streaming and download on Tuesday 17th February 2015 at GuardFrequency.com [Download this episode]

Lennon has missed enough shows now to unlock the Most Absent Host Achievement, so to present it to him is Justin “Chivalrybean” Lowmaster, Tony and Geoff. Unfortunately Lennon wasn’t around to accept his reward. Shame! Moving on to the show, in this week’s Squawk Box we see just how crowded the skies are getting. In CIG News we bring you everything that’s happening around the UEE featuring our weekly Crowd Funding Update, the latest Design Doc on Rental Equipment Credit, the latest patchnotes for the PTU (Arena Commander 1.0.3), and we let you know that you all missed a chance to shoot the devs. In Nuggets for Nuggets we learn all about Nul, and finally we tune into the Feedback Loop and let you join in on the conversation.

Tales From The Front – Contains a story by Chivalrybean