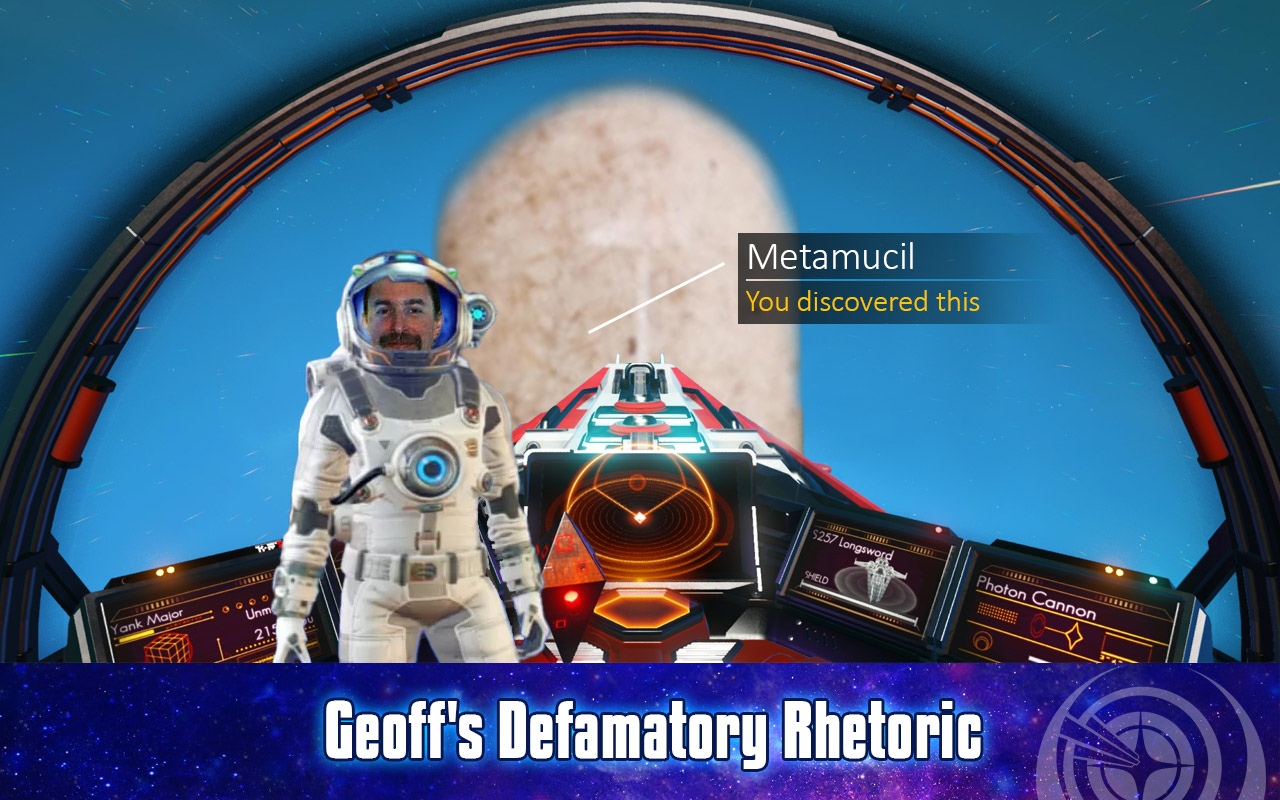 Cits and Civs, Captains and Commanders, you’re tuned to episode 348 of Guard Frequency — the best damn space sim podcast ever! This episode was recorded on March 26, 2021 and released for streaming and download on Tuesday, March 30, 2021 at GuardFrequency.com

showed off some captured footage of the new social zone experience to generally positive reviews. There were a few demonstrations of mechanics and a couple of hints of how the new economy will work. Between the elevator music and the carnival barkers, there’s a nice balance between a “modern shopping mall” and a “hive of scum and villainy.”

Also, FDev has drawn a line in the sand. They will not be handing out any alpha passes to people who compare their developers to obscure cartoon villains like Snidely Whiplash. They will not tolerate such shenanigans ANY MORE. I said GOOD DAY, SIR.

once again trying to one-up Elite Dangerous, shut down a forum thread for QUOTE defamatory rhetoric END QUOTE. They will not tolerate such shenanigans ANY MORE. I said GOOD DAY, SIR. So naturally (in strict compliance with the rules of the Streisand Effect) “defamatory rhetoric” will be our show title, and we will discuss the evil, slanderous topic of… “the state of star citizen in 2025.” Not satisfied with following that lead, they also released the first look at their reputation system, which, gosh-darn-it if that doesn’t look familiar… in the best and worst ways. Also, the Theaters of War test didn’t go quite as planned, and we take a look back at the “evolution” of those plans. And, finally, MOST IMPORTANTLY, the colors of the “LA-zors” for all the game mechanics have been decided.