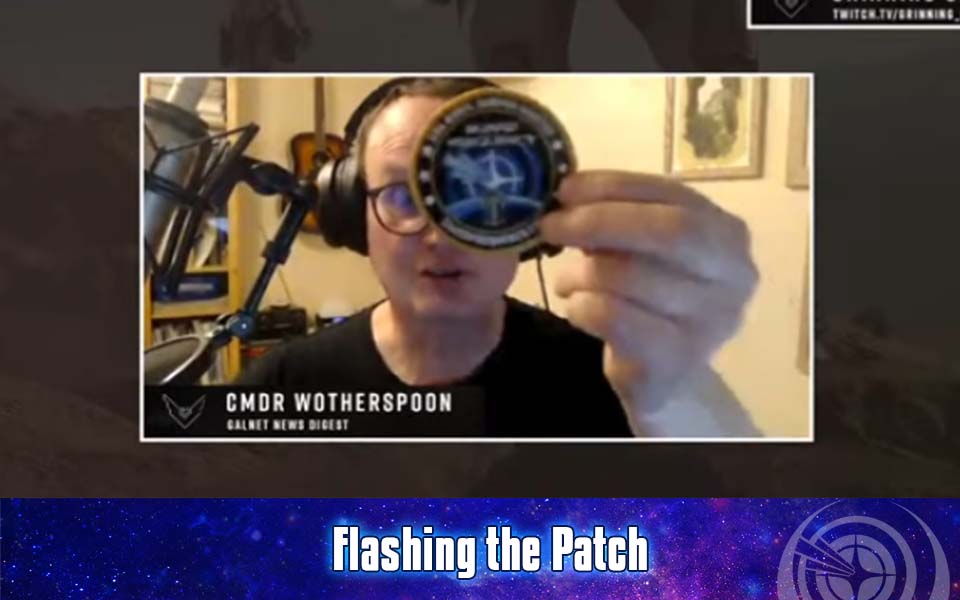 Cits and Civs, Captains and Commanders, you’re tuned to episode 379 of Guard Frequency — the best damn space sim podcast ever! This episode was recorded on Friday November 5, 2021 and released for streaming and download on Tuesday, November 9, 2021 at GuardFrequency.com

Elite Dangerous has released another dot-dot patch for Update 8, and it clears up all the settlement stuttering. No, it’s not a special camp for CMDRs with speech impediments. It’s a bunch of extraneous pathing calculations from NPCs that caused settlement loading to stutter. Also, Audio Architect Wotherspoon was a guest on Frontier’s Thursday live stream and flashed the patch. No, it’s not anything dirty, he showed off his guard frequency patch  and plugged the show, along with his dozen or so other elite projects he’s currently working on. And he managed to stir up a little Nintendo controversy – or “kun-TROV-erzy” as they say in the UK. And finally finally Frontier is looking for a little feedback on engineering… and we might have some.

Star Citizen moved 3.15 out of the “adult swim only” section and into the open-swim section of all backers PTU, and Star Citizen released a Roadmap – it’s ok when I say it, because I have a british accent – a ROADMAP Roundup that promises that THIS time, when they say the salvaging mechanic is coming, they MEAN it. REALLY. Also, they’ve found one simple trick on the internet to get rid of all the cheaters from the game. The problem is that it gets rid of the modding nerds as well… and also everyone who hates Windows.

Descent Underground is still waiting for an appointment with the magistrate judge. They need to sort out what’s going to happen in 10 days when Little Orbit is scheduled to release Bots that Go Underground: The Pre-sequel!