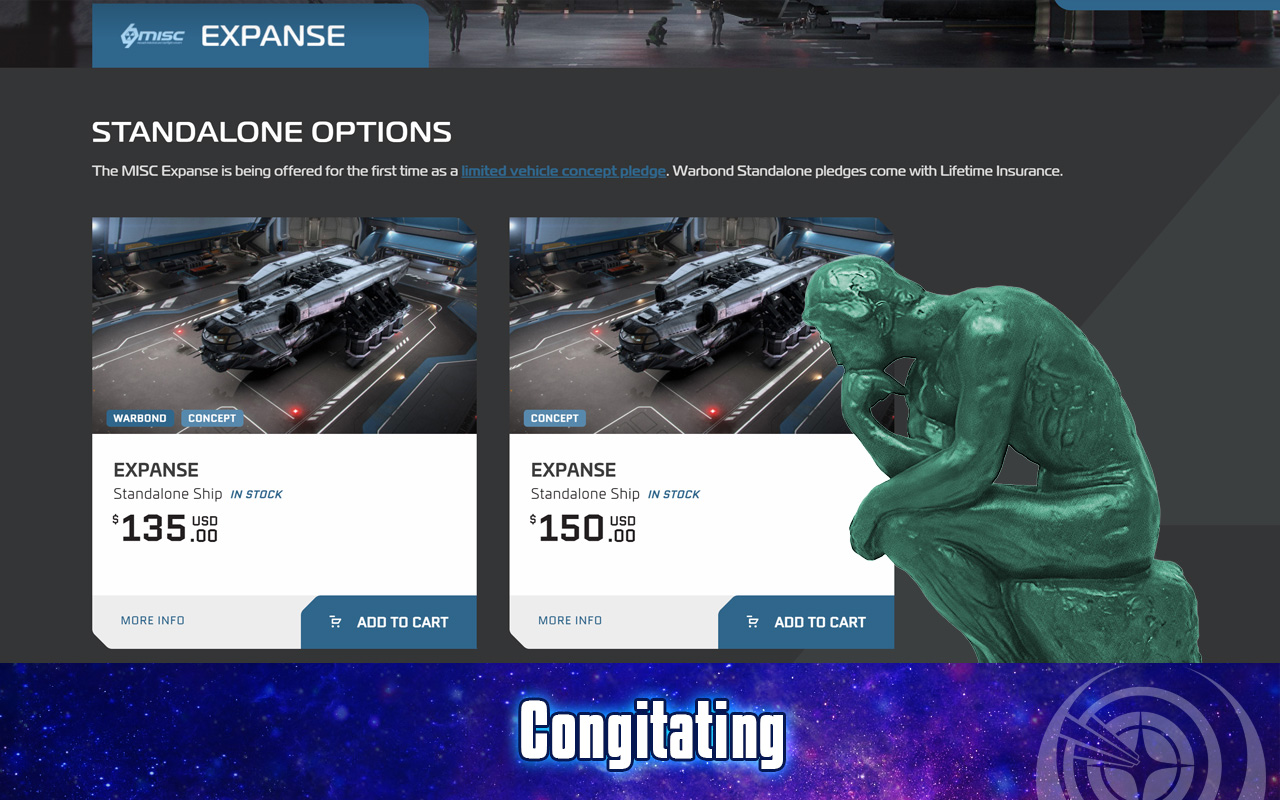 Cits and Civs, Captains and Commanders, you’re tuned to episode 397 of Guard Frequency — the best damn space sim podcast ever! This episode was recorded on Friday April 15, 2022 and released for streaming and download on Tuesday, April 19, 2022 at GuardFrequency.com

Elite Dangerous added a new update to the things that aren’t game updates. This week they announced that they are not going to completely rework the planetary generation system again, so please stop asking them to do so. Ask them about anything else, like Thargoid fun holes or engineered frameshift drives or whatever, but the planet surfaces are staying. And there may be teases about that fun hole in the latest GalNet articles.

Star Citizen has just received word from the JPEG factory that the assembly line has gone CRAZY, and the warehouse is overflowing and they’re passing the savings on to YOU! That’s right, the latest ship that doesn’t exist yet is on sale now for only 135 United States Dollars Cash Money. It’s the MISC Expanse! And it will do things in the game that may be useful around the time the ship is flyable.

No Man’s Sky has released yet another update, and once again we’re kicking ourselves for not thinking of it first: OUTLAWS! Of course there needs to be pirates! Most of the game is digging up buried treasure and building forts, so this was obvious. But, what we want to know is: when are they finding the time to make their new game?

Avorion, the spaceship block-building game with a layer of fleet management on the top, is getting another DLC expansion. The add-on, entitled “Into the Rift” and will focus on the story of the evil Xsotan empire, will be out later this year. How much later? Developer Voxelware won’t say, so we’re going with Soon (™).