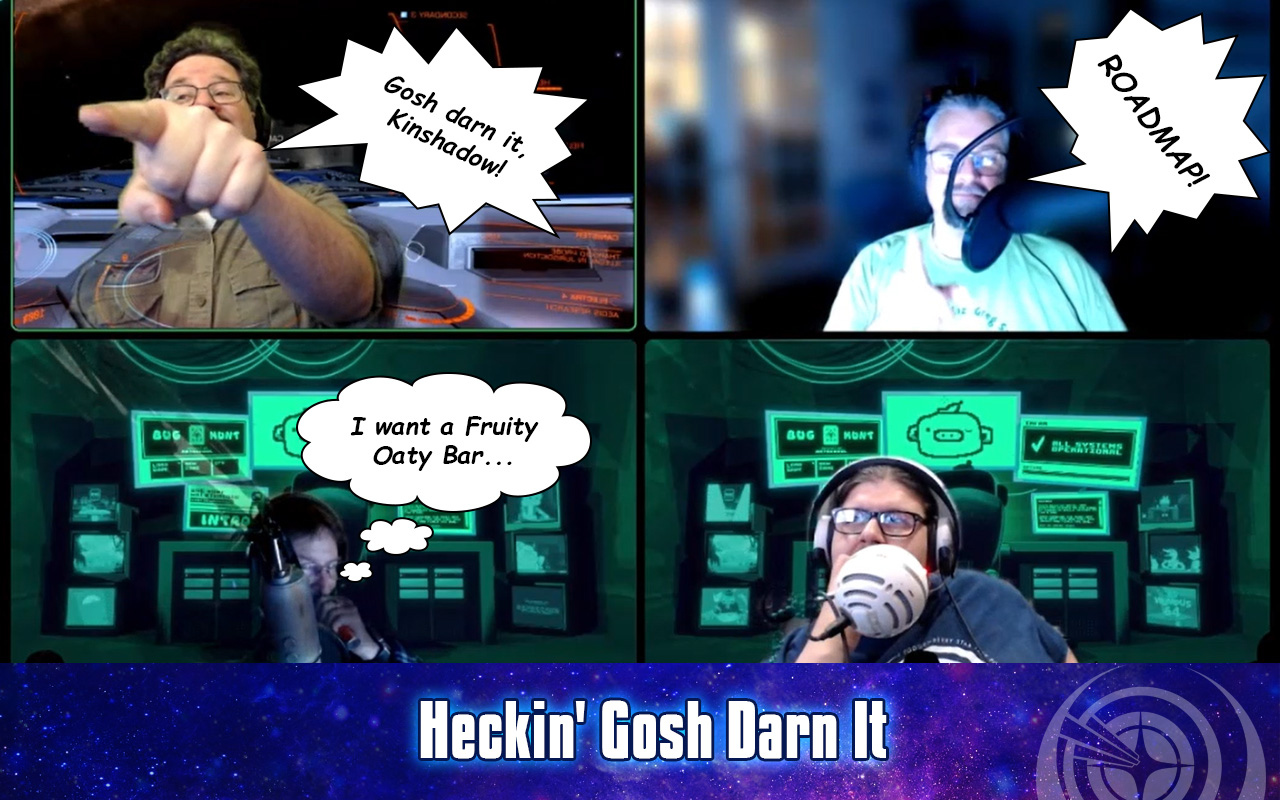 Cits and Civs, Captains and Commanders, you’re tuned to episode 416 of Guard Frequency — the best damn space sim podcast ever! This episode was recorded on Friday, October 21 and released for streaming and download on Tuesday, October 25, 2022 at GuardFrequency.com

Elite Dangerous is on a relentless pace of tension escalation. They’ve now added another TWO Stargoids on a collision course with the bubble, and one of them is coming from a slightly different direction! We are all, very clearly, doomed. In other news, the community team is doing a little community theatre by making themselves characters in their Halloween event. In addition to scanning things in space, scanning things on the ground, and deciphering gibberish text, Bruce, Sally and Adam got “kidnapped.” Did you hear the “air quotes” there? Sally managed to “escape” to Twitter, but Adam and Bruce are still “missing.” This week’s puzzle appears to be only the first part of the event, with the “rescue” of “Bruce” and “Adam” still to come next week. If you play along, you’ll earn some spooky paint jobs and maybe help “find” the missing British people.

Star Citizen announces a shocking announcement that no one could have possibly predicted would be announced! Early Access Pre-Alpha Release Candidate Prototype Experimental Test Build 3.18 will be delayed from early November to early December. Everyone, please take a moment to collect yourselves. The updated timeline will be on the R-Word Roundup released on October 26, in plenty of time for us to remind you on next week’s show that it won’t be out until early December. Unless it gets delayed again. Also, CIG filed some paperwork over in England, which, much to our surprise, still has functioning government offices. I guess the business registration people don’t really care if there’s a prime minister or a Tory whip or deputy backbencher or whatever. Anyway, Tony thinks this MEANS SOMETHING, so we have to talk about it.

Starfield is really getting into the whole transparent development and opening themselves up to sneak peaks and community feedback and direct communication and … haha! I almost had you there, right? We’ve been around the block enough times to know that when a developer starts talking about how excited they are to share things, they’re about to announce more delays. So, we’re gonna talk about Todd Howard’s awkward attempts to assure everyone that everything is on track. Speaking of things that are on track, Fernando gave us a quick update on Hunternet Starfighter and answered a question we had about refueling.