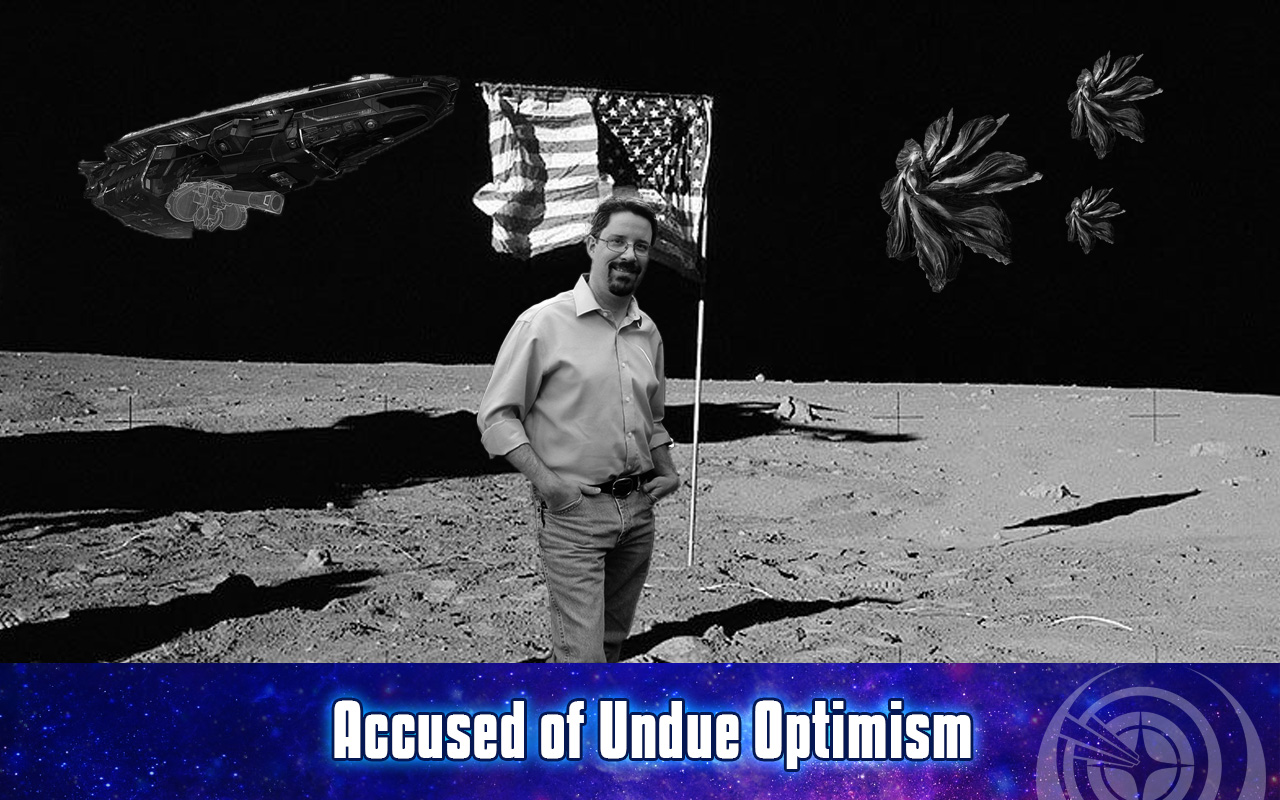 Cits and Civs, Captains and Commanders, you’re tuned to episode 428 of Guard Frequency — the best damn space sim podcast ever! This episode was recorded on Friday, January 20 and released for streaming and download on Tuesday, January 24, 2023 at GuardFrequency.com

Elite Dangerous has not yet announced when they are going to announce the date of the announced Update 14 dot patch, but they have 10 days as of the date of this recording to announce that date. We will announce the date of the announcement and the date of the release when they announce it. Also, Tony was WRONG, because it turns out that the sizes of the internal modules that will allow pilots to mount additional AX weapons are Size 3 and Size 5, NOT “Size 3 or 4” and “Size 6” like he said. HA! I feel better now. Also, we got a clue about what we’ll need to gather in order to unlock the center of the Thargoid Maelstroms. So if you don’t have your “unknown relics” yet, you better find some.

Star Citizen released Early Access Pre-Alpha Release Candidate Prototype Experimental Test Build 3.17.5 to the Live Server. And then they reached back deep into their server logs and looked to see if you had logged in for the previous years’ Lunar New Years’ festivals. If you had logged in, they gave you some jpeg trinkets. If you hadn’t, they didn’t. And some people have a problem with this. It’s all psychological, man. Also, CIG is going to have to go to the alphabet store and pick up some extra letters, because they just released Early Access Pre-Alpha Release Candidate Prototype Experimental Test Build 3.18 “Z” to the PTU Server. We have been informed by the Research Badger Division of Guard Frequency that “double letter” patch versions have been used twice before, in both the 3.0 and 3.3 test patches. We’re sure that it will be released to the Live server before they start tripling up the letters. We’re sure.

Beside repeated but unofficial assurances that Starfield will be released in the first half of 2023, nothing has convinced me that it might actually happen, until this week, in the worst possible way. Microsoft announced that they were laying off around 10,000 workers, including people from Bethesda studios. Mass departures from studios are not uncommon when a product reaches the end of its development cycle, as Starfield should have done if they’re going to release soon.

Speaking of releases coming soon, Mechwarrior 5’s fourth DLC, Rise of Raselhague, will be dropped on January 26th, 2023, if you’re into that sort of thing, which apparently, we are going to be.